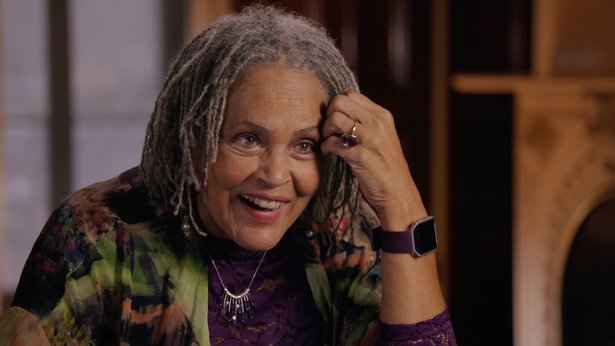 Charlayne Hunter-Gault is an award-winning journalist with more  than 50 years in the industry,   extending her work  at various times  to  all  media.

She is the author of four books—the latest  an e book, called Corrective Rape, which details  the devastating way some men in South Africa attempt to “correct” gay women’s sexual identity; To the Mountaintop:  My Journey  Through the Civil Rights Movement,” is  a historical narrative for young readers grade nine and up ,published in  by The New York Times  and Roaring Brook Press. Her other two books are , New News Out of Africa: Uncovering the African Renaissance, Oxford University Press and “In My Place, “ a memoir   of    the Civil Rights Movement, fashioned around her experiences as the first black woman to attend the University of Georgia, in 1961,  now a  .  Vintage Press paperback.

In 2005, she returned to NPR as a Special Correspondent after six years as CNN's Johannesburg bureau chief and correspondent.  She joined CNN in April 1999 from National Public Radio, where she worked as the network's chief correspondent in Africa and was awarded a Peabody  in 1998  for her coverage of the continent.

Hunter-Gault  worked for  20 years with the  PBS NewsHour,  alternately as substitute anchor and  national, as well as international correspondent .  And she has now  returned to the NewsHour as Special Correspondent, doing an unprecedented series called Race Matters, focusing on solutions to American’s ongoing race problem.

She began her journalism career as a reporter for The New Yorker, to which she still contributes; then worked as a local news anchor for NBC's  WRC-TV in Washington, D.C.; and as the Harlem bureau chief for The New York Times. Her numerous honors include two Emmy awards and  two  other Peabody awards—the first  for her work on "Apartheid's People," a NewsHour series about  South African life during apartheid. Over the years, she has been the recipient of numerous other awards for her work and in August, 2005, she was inducted in the National Association of Black Journalists Hall of Fame and in 2015 was inducted into the Atlanta Press Club Hall of Fame.

Hunter-Gault is a sought after public speaker, holds some three dozen honorary degrees and is on the board of The Committee to Protect Journalists.

She is married to businessman  Ronald T. Gault, with whom she produces  Passages--four  South African Wine varietals. And she has two adult children, Suesan, an artist  and singer and Chuma, an actor.