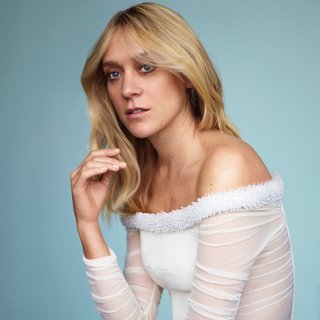 Sevigny was recently seen Oren Moverman’s “THE DINNER,” co-starring opposite Richard Gere and Steve Coogan and Miguel Arteta’s “BEATRIZ AT DINNER,” with Salma Hayek and John Lithgow. The critically acclaimed series “BLOODLINE,” in which Chloë stars with Sissy Spacek and Kyle Chandler, is currently airing its third and final season on Netflix.

Chloë continues her compelling work with three films due out in the coming months:

In “LEAN ON PETE,” directed by Andrew Haigh (“45 Years”), Chloë stars with Charlie Plummer and Steve Buscemi in the film, which premiered at the 2017 Venice Film Festival, the Telluride Film Festival and then the Toronto International Film Festival.  Based on the critically acclaimed book by Willy Vlautin, it will be released domestically in 2018.

“GOLDEN EXITS,” directed by Alex Ross Perry, premiered at Sundance in 2017 and will be released theatrically in February 2018.  Chloë stars with Jason Schwartzman, Mary Louise Parker and Emily Brown in the film about the intersection of two families in Brooklyn and the unraveling of these families when a young foreign girl spends time with them.

In “LIZZIE,” which premiered at Sundance 2018 to rave reviews, Chloe stars as the accused axe murderer Lizzie Borden opposite Kristen Stewart.  The story follows the relationship of Borden and the family’s maid, played by Kristen Stewart.  This film is a labor of love for Chloë, who developed the project and is also producing, along with Naomi Depres.  Bryce Kass wrote the script and Craig William Macneill is directing.  Although many stories have been told about the famous murder, this film is a true period piece and tells the never explored story of Borden and Bridgett Sullivan, the family’s maid, who was reportedly home at the time of the crimes.  The film will be released in 2018.

Chloë made her directorial debut on the short film “KITTY,” which made an extremely successful debut in the 2016 Cannes Film Festival and has just made her second foray into directing with another short film entitled “CARMEN,” which is premiering at the 2017 Venice Film Festival. “CARMEN,” is part of the 13th commission of Miu Miu Women’s Tales, the short film series by women who critically celebrate femininity in the 21st century.  Starring comedienne Carmen Lynch and written by Carmen & Chloë, the film is a portrait of an artist on the road - a brief examination of the highs and lows of performance and the loneliness that accompanies being in strange cities.

Last Fall, Chloë will starred in the Off-Broadway play, "DOWNTOWN RACE RIOT," written by Seth Zvi Rosenfeld and directed by Scott Elliot.  Chloë played a single mother navigating the events surrounding the 1976 riot in Washington Square Park. Chloë was previously seen in The New Group’s productions of “WHAT THE BUTLER SAW” and “HAZELWOOD JR. HIGH.”

Chloë made her film debut in the lead role of “Jennie” in the controversial “KIDS,” directed by Larry Clark and written by Harmony Korine. For her performance as “Lana Tisdel” in Kimberly Peirce’s “BOYS DON'T CRY”, Chloë received nominations for an Academy Award®, a Golden Globe®, and a Screen Actors Guild Award, as well as winning an Independent Spirit Award, the Los Angeles Film Critics Award, the Boston Film Critics Award, Chicago Film Critics and the National Society of Film Critics and a Golden Satellite Award.  She makes her home in New York.