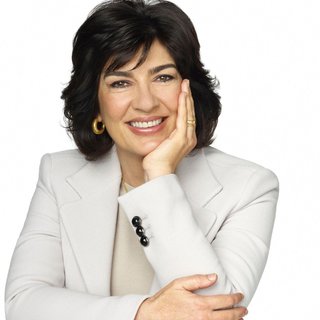 Christiane Amanpour is CNN's chief international anchor and host of the network's award-winning, flagship global affairs program "Amanpour," which also airs on PBS in the United States. She is based in the network's London bureau.

She has interviewed most of the top world leaders over the past two decades and Amanpour has received every major broadcast award, including an inaugural Television Academy Award, eleven News and Documentary Emmys, four George Foster Peabody Awards, and nine honorary degrees. In 2014, she was inducted into the Cable Hall of Fame. She is a member of the American Academy of Arts and Sciences, and a Commander of the Most Excellent Order of the British Empire, an Honorary Citizen of Sarajevo and UNESCO Goodwill Ambassador. Amanpour is a graduate of the University of Rhode Island.