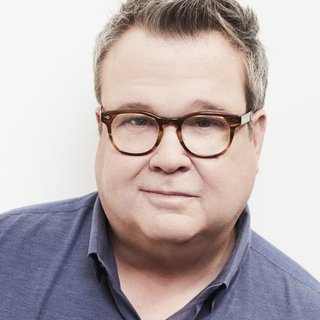 Eric Stonestreet is featured in Season 6, Episode 2: Off the Farm (check local listings).

Eric Stonestreet stars as Cameron Tucker on ABC’s comedy series, “Modern Family,” a role in which he earned two Emmy Awards in the “Supporting Actor in a Comedy Series” category, in 2010 and 2012. Stonestreet also garnered a 2011 Emmy Nomination, Golden Globe Nominations in 2011, 2012 and 2013, Screen Actors Guild Nominations in 2012, 2013 and 2015, and a TCA Award nomination for his portrayal.

Stonestreet was most recently seen as the host of ABC’s toy competition series, “The Toy Box.” The show, produced by Mattel, gives talented designers the chance of a lifetime: the opportunity to bring their toy concept to life with Mattel and on the shelves at Toys “R” Us. The toys and their inventors are put through a series of trials and test before facing the ultimate judges – a panel of kids including Aalyrah Caldwell, Noah Ritter, Sophia Grace Brownlee and Toby Grey. The show was renewed for a second season which does not yet have a premiere date.

In the summer of 2016, Stonestreet voiced the character of ‘Duke’ in Illumination Entertainments’ box office hit, “The Secret Life of Pets.” Louis C.K. and Kevin Hart also starred in this 3D animated picture. Produced by Chris Meledandri and Janet Healy, “The Secret Life of Pets” takes place in a Manhattan apartment building after the human residents leave and all of the ‘pets’ begin their day. Universal Pictures released the film on July 8, 2016 and a sequel was announced in August 2016.

In 2015, Stonestreet starred in the thriller “The Loft,” directed by Erik Van Looy and also starring Karl Urban, James Marsden, Wentworth Miller and Rachael Taylor. The independent film follows five friends who share a loft for their extramarital affairs and begin to question one another after the body of an unknown woman is found in the property. The film was released by Open Road on January 30, 2015.

Stonestreet was a scene-stealer in the comedy, “Identity Thief” for Universal Pictures. The film was directed by Seth Gordon (“Horrible Bosses”) and starred Melissa McCarthy and Jason Bateman. On February 8, 2013, the film opened #1 at the box office with $34.5 million.

In November 2011, Stonestreet guest starred on Ryan Murphy and Brad Falchuk’s FX’s hit series “American Horror Story.” Stonestreet played the role of “Derek,” a patient of Dr. Ben Harmon (Dylan McDermott) who has a fear of urban legends. The episode aired on November 9, 2011.

In August 2011, it was announced that Stonestreet was attached to star in “The Day the Laughter Stopped,” an HBO Films project in development revolving around silent film star Fatty Arbuckle and based on the book by David A. Yallop. John Adams and Kirk Ellis are attached to write the project, with Barry Levinson on board to direct. Arbuckle (1887-1933) was a silent film star, comedian, director and screenwriter who mentored Charlie Chaplin and discovered Buster Keaton and Bob Hope. Stonestreet, along with Barry Levinson, Christine Vachon, Kirk Ellis, Ron West, Chris Henze and Steve Kavovit will all share executive producer credits on the project.

Stonestreet was seen in the comedy “Bad Teacher” with Cameron Diaz, Jason Segal and Justin Timberlake. Columbia Pictures released the film on June 24, 2011.

In 2010, Stonestreet was named an ambassador for “Stand Up to Cancer,” a charity organization aiming to raise awareness and bring about an understanding that everyone is connected by cancer. Stonestreet continues to be involved in the initiative.

Stonestreet, born and raised in Kansas City, was introduced to acting after a friend dared him to audition for the play “Prelude to a Kiss” while he was studying at Kansas State University. After graduating with a degree in Sociology, he moved to Chicago to study and perform theatre and improv, spending two years doing television commercials and studying with Improv Olympic Chicago (alumni include Amy Poehler, Mike Meyers, Chris Farley, among others) and The Second City (alumni include Steve Carell, Tina Fey, Stephen Colbert, among others) before moving further west.

His most notable character is from his recurring role as Ronnie Litre, the questionable documents technician on the original “CSI.” Stonestreet was also a series regular on the Fox pilot “13 Graves” and has most recently guest starred in “The Mentalist,” “N.C.I.S.,” “Pushing Daisies” and the finale of this season’s “Nip/Tuck.”

On the big screen, Stonestreet played Sheldon, the hotel desk clerk in Cameron Crowe’s “Almost Famous.” In 2003, he starred in IFC’s cult classic “Girls Will Be Girls” which was an official selection to the Sundance Film Festival that year.