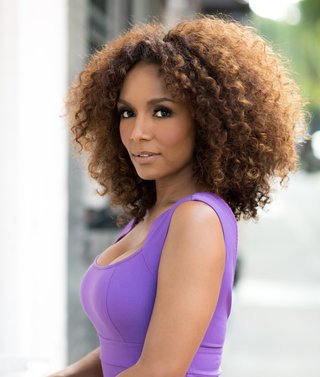 Janet Mock is the New York Times bestselling author of two memoirs, the host of the conversation series “Never Before”, a contributing editor and columnist for Allure, and a feminist activist tackling stigma through storytelling.

Janet broke ground in 2014 when she released her pioneering and bestselling Redefining Realness, the first trans memoir written from the perspective of a young person and a woman of color. Since then, she’s continued to tell stories across various platforms: she produced the HBO documentary, The Trans List (2016); served as a correspondent for Entertainment Tonight; hosted a series of television specials, including the digital talk series “So POPular" and MSNBC’s “Beyond My Body”; helms the Allure.com column, "Beauty Beyond Binaries”; and published her second book, Surpassing Certainty about her unconventional twenties experience.

With a master’s in journalism from New York University, the Honolulu native began her career as an editor at People.com, and has since become, as Oprah Winfrey said on OWN’s Super Soul Sunday, a “trailblazing leader” and “fearless new voice” who gave a rousing speech at the Women’s March on Washington. Her work has been honored by the Ms. Foundation for Women, Planned Parenthood, and the Sylvia Rivera Law Project. Time called her one of “the most influential people on the Internet," while Variety named her on its "Power of Women" list. Janet lives in New York with her husband and cockapoo.