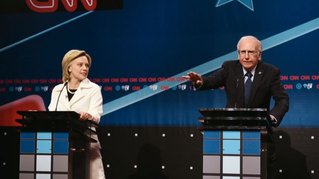 Larry David co-created “Seinfeld,” which debuted in 1989 and went on to become one of the most successful shows in television history. In 1999, David wrote and starred in “Larry David: Curb Your Enthusiasm,” a one-hour special for HBO, which spawned the critically acclaimed HBO series. In 2009, he starred in Woody Allen’s comedy, “Whatever Works”. In 2013, he co-wrote and starred in the HBO Films’ comedy, “Clear History”. He then made his Broadway debut as an actor and playwright in “Fish in the Dark”, which opened at the Cort Theater in February, 2015.