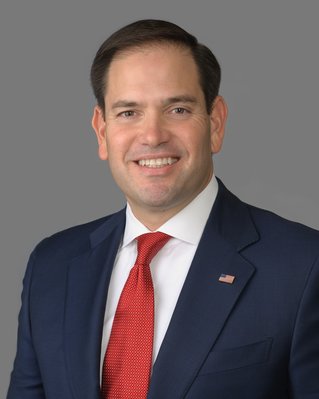 U.S. Senator Marco Rubio was elected to the United States Senate in 2010, and set one objective for himself while in office: to help bring the American Dream back into reach of those who feel it is slipping away. That’s the goal line Senator Rubio strives toward with his every effort, and it’s the measure he uses to keep score.

Senator Rubio is passionate about the American Dream because he’s lived it himself. His parents came to America from Cuba in 1956 and earned their way to the middle class working humble jobs. By their loving and powerful example, he learned the importance of work and family, and developed the belief that all things are possible in America.

Senator Rubio has spent most of his life in West Miami, and lives there today with his wife Jeanette and their four children.

Prior to being sworn into the Senate in 2010, Marco served as a City Commissioner for West Miami before serving in the Florida House of Representatives from 2000 to 2008.