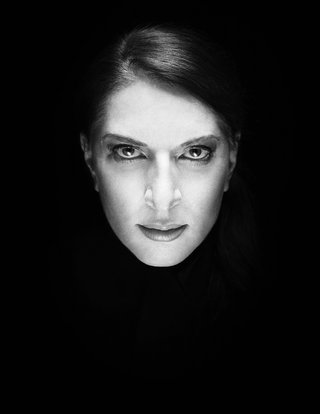 Marina Abramović is featured in Season 5, Episode 9: The Eye of the Beholder (check local listings).

Since the beginning of her career in Belgrade during the early 1970s, Marina Abramović has pioneered performance as a visual art form, creating some of the most important early works. The body has always been both her subject and medium. Exploring her physical and mental limits in works that ritualize the simple actions of everyday life, she has withstood pain, exhaustion and danger in her quest for emotional and spiritual transformation. From 1975–88, Abramović and the German artist Ulay performed together, dealing with relations of duality. Abramović returned to solo performances in 1989.

She has presented her work at major institutions in the US and Europe, including the Stedelijk Van Abbemuseum, Eindhoven,1985; Centre Georges Pompidou, Paris, 1990; Neue National Galerie, Berlin, 1993, and the Museum of Modern Art, Oxford, 1995. She has also participated in many large-scale international exhibitions including the Venice Biennale (1976 and 1997) and Documenta VI, VII and IX, Kassel (1977, 1982 and 1992). Recent performances include  "The House With The Ocean View" at Sean Kelly Gallery, New York in 2002, and the Performance "7 Easy Pieces" at Guggenheim Museum, New York in 2005. In 2010, Abramović had her first major U.S. retrospective and simultaneously performed for over 700 hours in “The Artist is Present” at Museum of Modern Art, New York.  Using herself and the public as medium, Abramović performed for three months at the Serpentine Gallery in London, 2014; the piece was titled after the duration of the work, “512 Hours”.

She was awarded the Golden Lion for Best Artist at the 1997 Venice Biennale for the video installation and performance “Balkan Baroque.” In 2008 she was decorated with the Austrian Commander Cross for her contribution to Art History. In 2013, the French Minister of Culture accepted her as an Officer to the Order of Arts and Letters.  In addition to these and other awards, Abramović also holds multiple honorary doctorates from institutions around the world.

Abramović founded the Marina Abramović Institute (MAI), a platform for immaterial and long durational work to create new possibilities for collaboration among thinkers of all fields. The institute inhabited its most complete form to date in 2016 in collaboration with NEON in “As One”, Benaki Museum, Athens.

Her most recent publication is Walk Through Walls: A Memoir, Published by Crown Archetype on October 25, 2016. Her retrospective, The Cleaner opened at Moderna Museet, Stockholm in February 2017 and will tour to the Louisiana Museum of Modern Art in Denmark, Henie Onstad Kunstsenter in Oslo, Bundeskunsthalle in Bonn, Palazzo Strozzi in Florence, and Centre for Contemporary Art Znaki Czasu, Toruń.