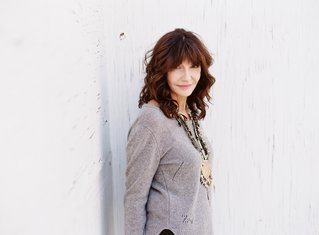 Academy Award winner Mary Steenburgen is known for her work in the films Melvin and Howard, What’s Eating Gilbert Grape, Step Brothers, and television shows “Justified”, “Orange is the New Black” and HBO’s “Togetherness” and “Curb Your Enthusiasm”.

Mary currently stars in FOX’s critically acclaimed comedy series, “The Last Man On Earth”, alongside Will Forte and will also be making a return appearance in season 9 of “Curb Your Enthusiasm”.  Upcoming in 2017, Mary will have starring turns in three features: DEAN and THE BOOK OF LOVE, both of which screened at the 2016 Tribeca Film Festival, and KATIE SAYS GOODBYE, which bowed at the 2016 Toronto International Film Festival. THE BOOK OF LOVE will open in theaters on January 13th and DEAN in Spring 2017.

Mary is a songwriter for Universal Music Publishing Group. She has written with acclaimed songwriters Matraca Berg, Troy Verges, Jeremy Spillman, Luke Laird, Lori McKenna and many others.