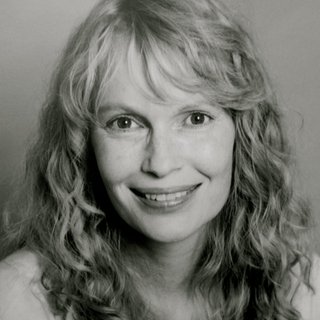 Mia Farrow has appeared in more than forty films but she is equally known as a fierce advocate for human rights. She has served as a UNICEF Goodwill Ambassador since 2000, with a focus on children in conflict zones, particularly in sub-Saharan Africa.

Her op-ed pieces and photographs have appeared in publications and exhibitions around the world.

She has traveled to the Darfur region of Sudan 13 times and spoken extensively about genocide and human responsibility across the United States as well as at Senate and Congressional hearings and at the United Nations Security Council.

In 2008 Mia Farrow was selected by Time magazine as one of the’ most influential people in the world. She has been the recipient of numerous humanitarian awards including the Refugees International McCall-Pierpont Award for “extraordinary services to refugees and displaced people, the Tiananmen Square Award, the Leon Sullivan International Service Award, and the Marian Anderson Award 2010.

Her project, The Darfur Archives, documents the cultural traditions of Darfur’s major ethnic tribes. It is preserved at the Dodd Research Center at the University of Connecticut.