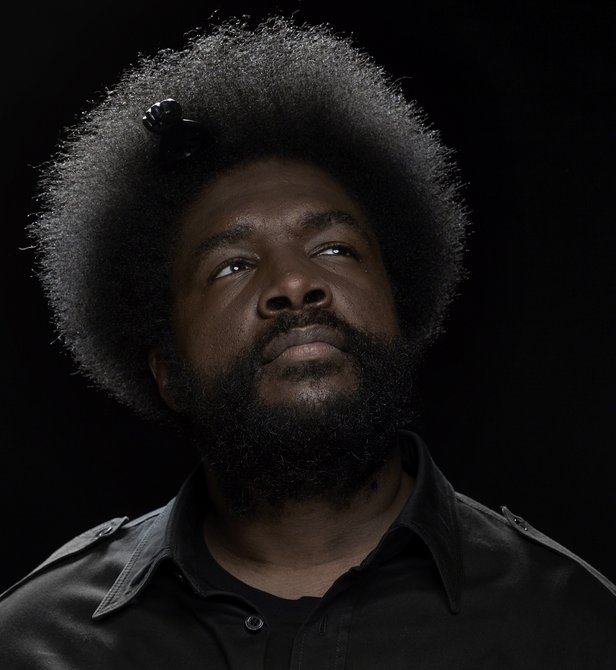 Drummer, DJ, producer, culinary entrepreneur, New York Times best-selling author, and member of The Roots - Questlove, is the unmistakable heartbeat of Philadelphia’s most influential hip-hop group. He is the Musical Director for The Tonight Show Starring Jimmy Fallon, where his beloved Roots crew serves as house band. Beyond that, this 4-time GRAMMY Award winning musician's indisputable reputation has landed him musical directing positions with everyone from D'Angelo to Eminem to Jay-Z. Questlove has also released three books including the New York Times bestseller Mo’ Meta Blues, Soul Train: The Music, Dance and Style of a Generation and most recently the James Beard-nominated somethingtofoodabout. One of his latest endeavors has been becoming a strategic advisor, and the first artist ambassador for Pandora, as well as hosting a new series Questlove Supreme. He also co-produced the GRAMMY Award winning Original Broadway Cast Recording of Hamilton. Most recently, Questlove and The Roots announced that they are developing an animated children’s series, along with a live action children series, in partnership with Amazon. Questlove is a Celebrity Ambassador for Food Bank For New York City, is on City Harvest's Food Council, a board member of Edible Schoolyard, and the first Artist-in-Residence at the Made in NY Media Center. Questlove is also a Founding Member of the CAPA Foundation in Philadelphia and is also on the board for WNYC/New York Public Radio.