Bryant Gumbel learns that his surname comes from a German Jewish community by way of his second great grandfather — a white man who arrived in America midway through the Civil War. He also learns that on a different line of his father’s family, his second great grandfather was a manumitted slave who signed up for the Confederate army in New Orleans, then changed sides when the Union arrived in his city.

Tonya Lewis-Lee, a descendant of free people of color going back centuries on her father’s side, learns about her mother’s unknown heritage, including her third great-grandfather, a slave who fought for the Union only to struggle with poverty later in life.

Suzanne Malveaux discovers that her roots include a black slave owner, a French-Canadian fur trader, and a Native American from the Kaskaskia tribe. Along the way, our guests are reminded that there is no universal African American narrative — that there are as many ways to be black as there are black people.

The production wishes to offer the following clarification related to the Civil War experience of Bryant Gumbel’s great-great grandfather Martin Lamotte, covered in Series 4, Episode 6 of Finding Your Roots.
During the episode, an archival record is presented that identified Lamotte as a member of the 1st Louisiana Native Guards, a unit of free black men organized in New Orleans to defend their homes during the first year of the rebellion. In summarizing his service, the episode states that Lamotte “fought” for the Confederacy, but this is not technically accurate. Members of the Native Guards unit volunteered to fight—publicly professing a readiness to answer their governor’s “call” and “take arms” up against “any enemy who may come and disturb the tranquility.” However, their personal loyalties remained untested, because the Confederacy never permitted them to fight in battle. That chance would not come until after New Orleans fell into Union hands the following year, and free and enslaved black men were recruited into the Union Army. As the episode notes, Lamotte joined the 6th Regiment Louisiana Infantry in July 1863 and attained the rank of corporal before becoming a police officer in New Orleans after the war was over.
The Producers 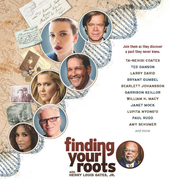